A Newark, Ohio landmark is bringing history back to life

By George PattersonMay 30, 2019Community
No Comments 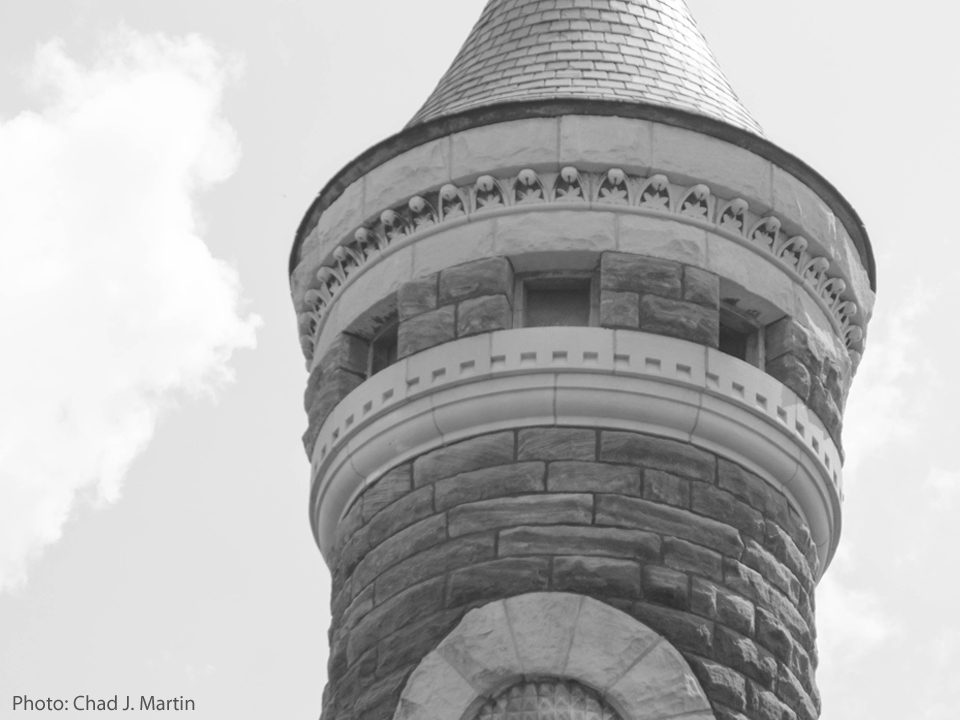 A strikingly beautiful, yet, imposing structure sits at the corner of East Canal and South 3rd Streets in the heart of downtown Newark, Ohio.  The brown stone walls reach three stories skyward and are accented with arched, Romanesque windows.  Providing an even more characteristic look to this building are the two castle-like towers that extend above the roof.  In every way, it is a picturesque sight and has details and lines that easily make one fall in love with its architecture.  However, it is safe to assume that the original purpose for this edifice made it an undesirable destination for the residents of Licking County at one time.

This landmark structure was erected in 1889 to serve as the Licking County Jail and, with Licking County’s long history in the region, was the fourth such building to serve that purpose.  As with many detention centers and prisons of the day, the jail not only housed the inmates, but it also contained a section that served as the residence for the sheriff and his family.  The holding facilities themselves contained both men and women until the 1970’s when women were moved off-site to another facility.  It continued in its purpose until the need for space and the standards set forth by the State began to make the use of this late 19th century building impractical.  Given those concerns and with the erection of a new detention facility, the Licking County Jail ceased operations and closed in 1987.  After that, it had a myriad of purposes including offices and governmental storage.

Fortunately, love for this historical monument compelled several forward-thinking individuals and organizations to begin efforts to preserve the jail and take measures towards restoring it to its original state – efforts that began in 2012 and continue to this day.  There have been structural and cosmetic conservancies made to the building in recent years, some of which my wife had the privilege to participate.  To further round out the restoration, the trustees and volunteers of the Licking County Governmental Preservation Society are actively collecting artifacts that relate to the jail for use in present and future displays.

The Licking County Historic Jail stands as a monument to refined architecture and beauty in downtown Newark.  It is an amazing look back of days gone by and there are several opportunities through the year to see the building and participate in fundraising events to support its preservation.  These events include recurring public tours of the facility, flashlight tours, public ghost hunts, a Halloween haunted house and, corresponding with this weekend’s Newark Strawberry Festival, a 5K Run/Walk.

We are proud to have the Licking County Historic Jail as such a unique part of our community.  At just a day’s drive away, it is easy to travel to downtown Newark and experience it for yourself.  We invite and encourage you to learn even more on their website at https://lcjail.org/.