By George PattersonDecember 26, 2018May 2nd, 2022Business Insurance
No Comments 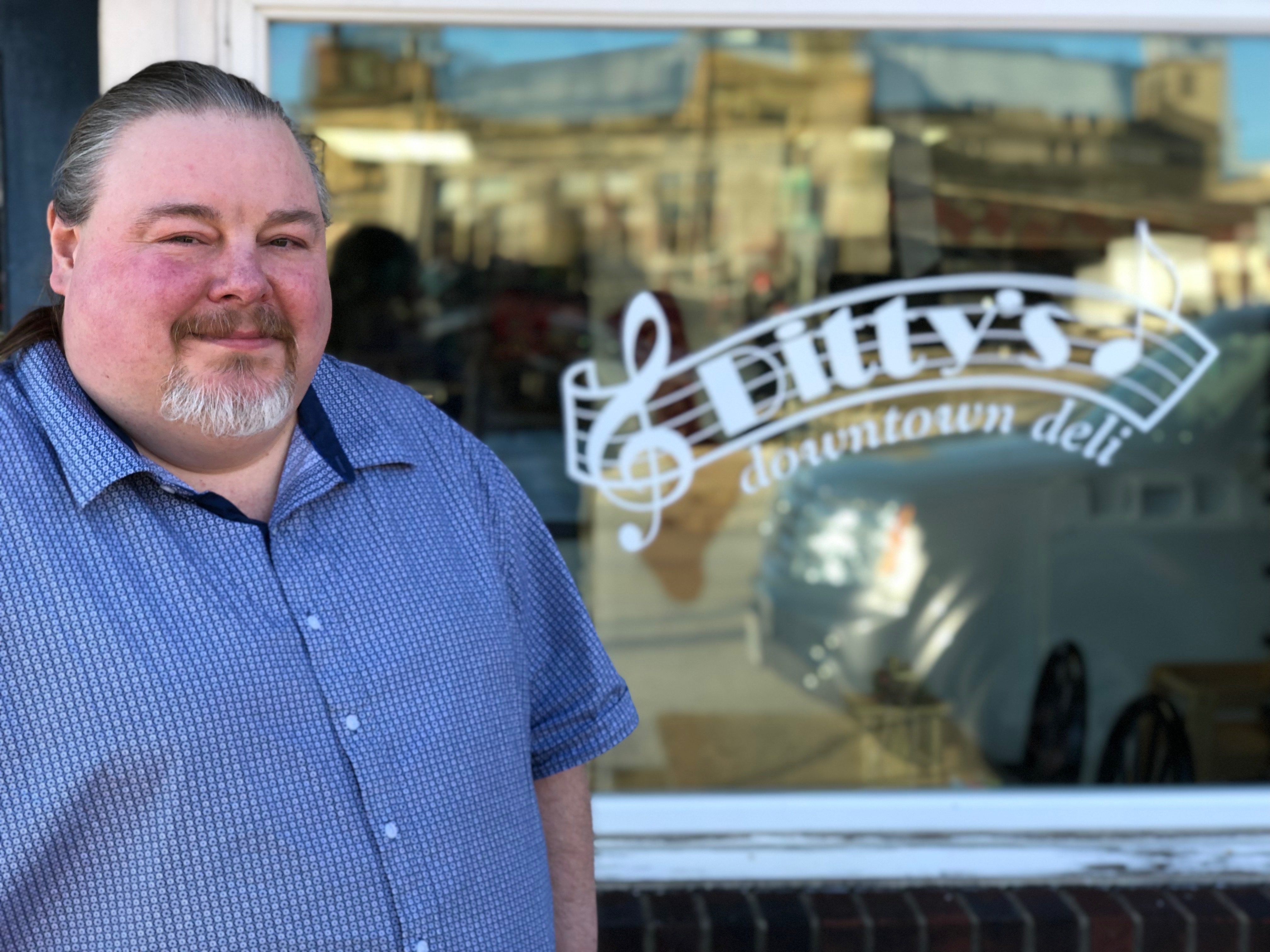 “We take pride in the consistent, high quality food that we serve.”.  This is the response from owner David “D.J.” Dittmar when asked about what he believes makes Ditty’s Downtown Deli a standout establishment.

A cozy and comfortable eatery located on Zanesville’s South Fourth Street, Ditty’s was started in 2004 when D.J. decided to take a building that he initially purchased for rental space and convert it into his passion for the restaurant business.  When asked to recount how he had his start in the food industry, he smiles and indicates that his first foray into that world was the same as so many other young people – McDonald’s.  He will go on to tell you that his other fond memories of the restaurant business were when he would assist his mother-in-law who ran a small pizzeria.  He would help her in all aspects of the shop and states that he learned a lot about food and the trade from working with her.

A former Zanesville City Councilman plus avid friend to area law enforcement and first responders, D.J. cites the best part of Ditty’s Downtown Deli being not only the exceptional menu offerings, but as a place that allows him and others to meet people from all walks. Friendships, relationships and even marriages have had their beginnings at Ditty’s.

Now moving into their 15th year, Ditty’s Downtown Deli can be found at 61 S 4th Street in Zanesville and offers takeout and limited in-diner seating.  They are open Monday through Friday 7:30am until 3:00pm and can be contacted at (740) 450-2219.